In honor of World Elder Abuse Awareness Day, the 2018 Summer Elder Justice Team at Greater Boston Legal Services participated in an event by the Cambridge Elder Abuse Prevention Coalition, which featured True Story Theater. True Story Theater is a local nonprofit organization that features a group of highly talented, improv actors. “Our mission is to promote social healing through theatre.  We perform and teach an embodied theatre of empathy, respect and creativity. Volunteers from the audience are encouraged to share what is important in their lives. On the spot, the actors then portray the heart of what they heard using music, movement, and dialogue.”[1]The presentation provided an emotional outlet for elders, their loved ones, and providers to come together and discuss how elder abuse and the opioid epidemic correlate. People from the audience shared how the opioid crisis affected their loved ones and changed people. Some people shared personal stories of grief and loss, while others shared emotions such as hopeful stories of recovery, and the importance of the surrounding community. 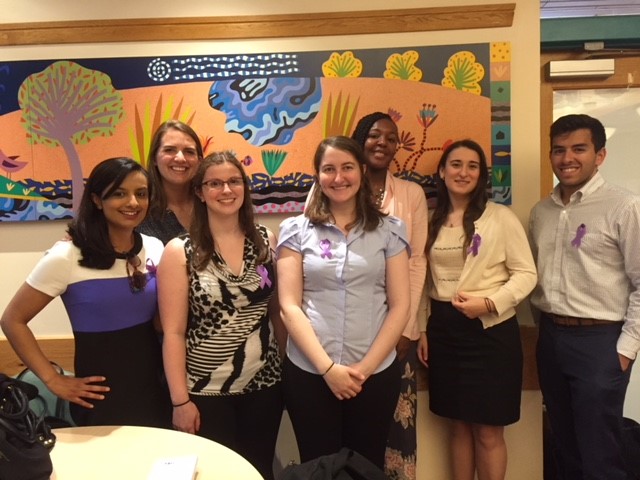 The Correlation between the Opioid Epidemic and Elder Abuse

Opioid misuse is not always an intentional act. Prescriptions such as oxycodone (OxyContin), hydrocodone (Vicodin), codeine, morphine,[2] and many others are recommended for pain after surgery. Opioids are highly addictive due to their powerful force to relieve physical pain and psychological effect of euphoria. Persons with opioid addiction often undergo dramatic changes in their personality and become unable to handle their finances. The children and grandchildren who misuse opioids then become financially dependent on their parents and grandparents or financially exploit their loved ones. The addiction takes over and often creates a multitude of problems, such as a housing eviction due to illegal activity on the premises or staying in the elder’s apartment in violation of the lease.

Organizations such as the Cambridge Elder Abuse Prevention Coalition, Greater Boston Legal Services, Somerville Cambridge Elder Protective Services, and many more are standing together in an effort to provide public awareness of these issues, information on how to properly use and dispose of opioids, and more importantly, resources for those who are affected by its harmful effects. This week, Attorney General Maura Healey initiated a lawsuit against Purdue Pharma for allegedly misleading doctors and Massachusetts residents about the risks of opioids like OxyContin, and profited from its deception. The Cambridge initiative is a prime example of what happens when people begin to care about the elders in their community, and the surrounding issues. Helen Keller stated, “Alone we can do so little; together we can do so much.” The key to elder abuse prevention is awareness, and a community that cares to take action.